Just a few photos of our littlest princess after her 2nd birthday.  This one makes it quite difficult to get anything done.  She is always attached to me. 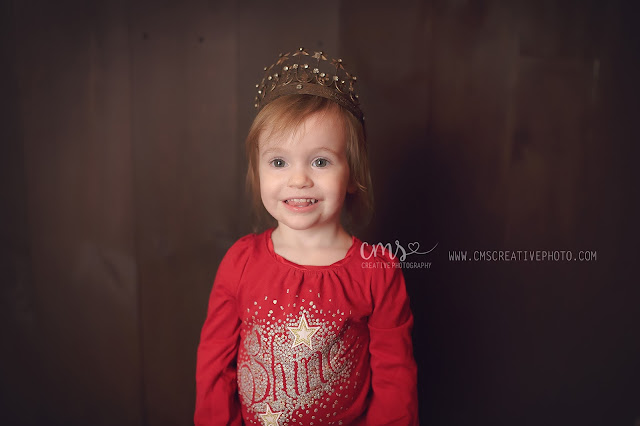 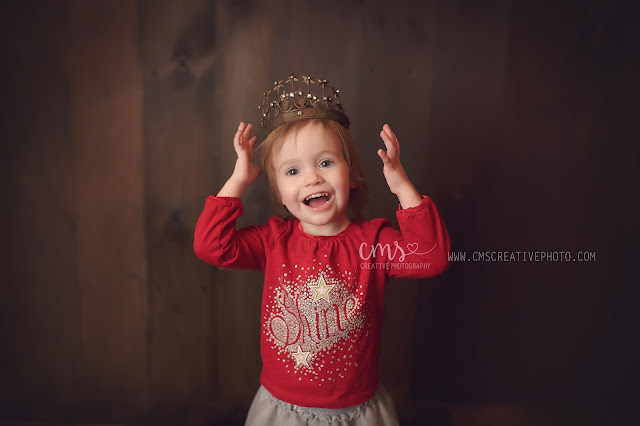 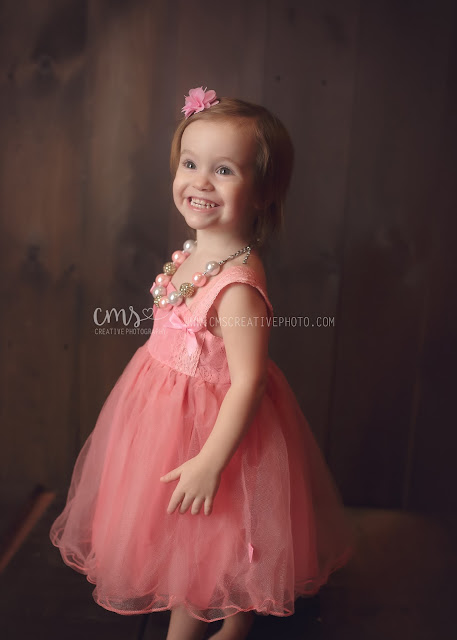 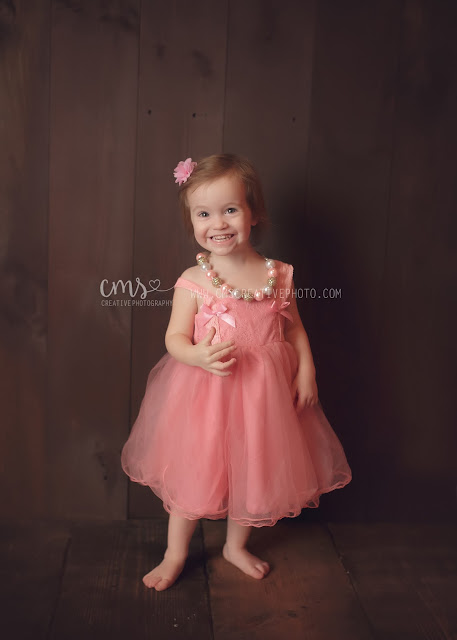 Nutritional failure, it's time for a G-tube

The Cystic Fibrosis Foundation recommends that children with Cystic Fibrosis should maintain a BMI at or above the 50th percentile because nutritional status affects pulmonary disease progression and survival in CF patients.

Those who have been following my family since the beginning of my blogging days know that Nathan has always had issues with food and eating.  He was diagnosed as failure to thrive during his first month of life because of malabsorption.  When he was diagnosed with Cystic Fibrosis at one month old, he began taking the digestive enzymes that would help him absorb and gain weight.  He did gain weight as a baby once he started taking the capsules which we would open onto a spoon of applesauce. We eventually just put the capsule in the applesauce when he was two years old. And he finally learned to swallow pills when he was three years old.  We have been so far removed from that phase that I really have to remind myself how awesome life became when we no longer needed to carry applesauce and a spoon (in a thermal pack) whenever we left the house.  And we wasted so much applesauce because we only needed a spoonful at a time and open applesauce didn't really last all that long before growing fuzzy mold.  I remember being so grateful to applesauce pouches because it would last a tiny bit longer no dipping a spoon into a jar.

But I digress, this post isn't about medication.  It is about Nathan's struggle with gaining weight and eating food.  He started eating solids at the same age other infants typically began eating.  Around 9 months old he started vomiting a lot and was put on Prevacid to treat acid reflux.

He completed an entire feeding and swallowing program at St. Joseph's in Paterson when he was 4 1/2 years old.  This program turned our lives upside down.  Teagan was 2 1/2 years old and accompanied me and Nathan daily to Paterson, NJ.  We commuted 1 hour each way depending on traffic and sat in the waiting room all day waiting for Nathan to be brought into the "feeding room" where we would watch through a two way mirror. Some days Teagan, Nathan, and I sat in an unused "feeding room" because there was another little CF boy in the feeding program, and people with CF cannot be near each other because of cross contamination.

I blogged about the entire process - http://www.nathansfight.com/search?q=feeding - so I won't really go into depth about it.

It took a toll on me and made me feel isolated from my friends and "the real world".  I lost alot of weight just being away from my fridge all day, which was one of the only positives of the entire experience.  I would regularly go to sleep before 8 pm and felt depressed for the entire month.  But I was willing to sacrifice my own needs with the hopes that Nathan would overcome whatever was preventing him from eating.  The program itself was a blessing short term for Nathan because he started eating purees and chunky foods eventually.  But after graduating the program, the doctor and program lost its contract with Nathan's health insurance.  I had to decide between keeping our current health insurance and Nathan's pulmonologist and switching health insurance companies to keep the feeding program.  Being that we sought out Nathan's pulomonoligist and travel to see him, it was a no brainer decision.

Not only did health insurance pose a problem but spoon feeding my 4.5 year old every 2 hours pureed foods along with playing/pausing a preferred tv show between each bite all while strapped into a 5 point harness car seat occupied my entire day but it was something that was impossible to maintain with a very busy and demanding 2.5 year old running around.
4 years later, Nathan still has trouble eating and gaining weight. He never feels hungry, and doesn't like many foods. He refuses to eat while in school with fear of throwing up in front of his peers.  Foods that he is willing to eat at home he won't even think about eating in school.  He is bothered by the sight and smell of other kids foods.

It has been an up and down battle in terms of BMI but with his height skyrocketing this year, and his weight staying more or less the same, his BMI has plummeted.  In a few weeks, Nathan will be getting a g-tube to help him meet his daily caloric intake and gain weight. Of course I am worried, but those of you who know me, know I am relieved. I'll update more when I know more.  He has already done his labs (blood/stool) just to make sure there are no other possible reasons for his lack of appetite/weight gain (h pylori, c diff, etc).  He has had c diff in the past during hospital admissions but we are all pretty sure, including the gastroenterologist, that the g tube is unavoidable at this point.
at 4:46 PM No comments:

Being that I haven't posted anything here since May of last year I was thinking of doing an update post and getting back into updated more regularly, not daily, maybe not even weekly.  I know that many people have many kids, but three is enough to keep me very busy.  So who is still here and what sort of updates would you like?
at 7:32 AM No comments:

Learning to ride on two wheels

This might be the year that Teagan ditches her training wheels.  She will only do it at Grandpa's house, with Grandpa's help because apparently I am no good at helping, and on this particular bike. 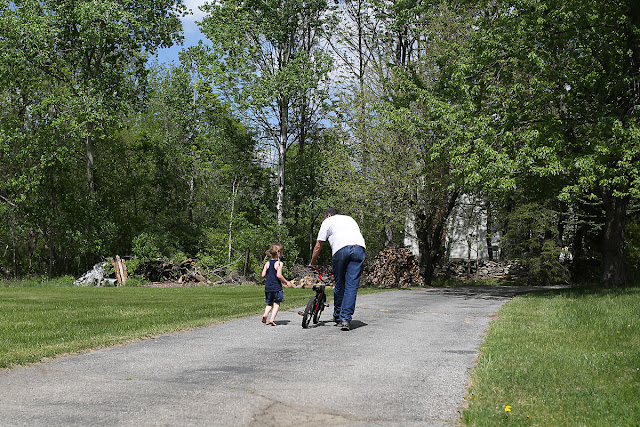 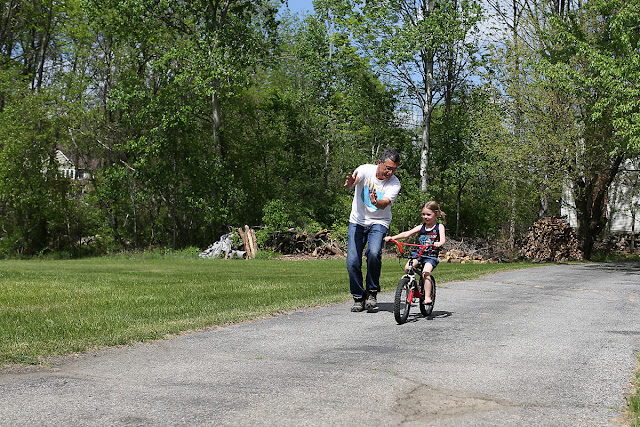 Maybe Nathan will be next.  Because of sensory issues, I am proud that Nathan is finally riding his bicycle with training wheels instead of a tiny tricycle.  The training wheels were not down far enough so the wobble was causing him major stress.  As soon as I lowered them so they were fully supporting him, he began riding the bike!
at 8:47 AM No comments: 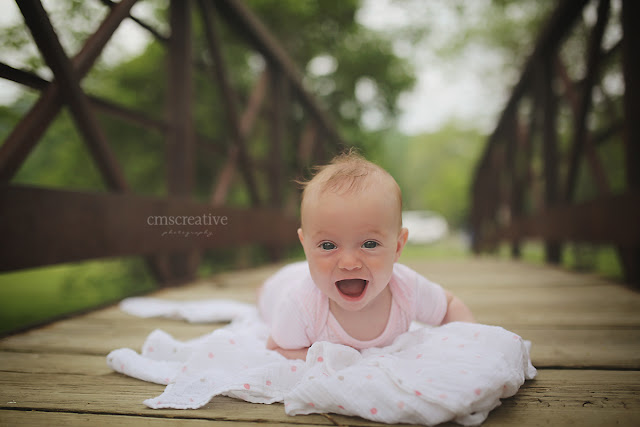 Little Miss Piper is 16 weeks old as of yesterday.  Life has gotten a lot easier after she outgrew the first 3 months of colic.  Each day past the three month mark has gotten easier and easier with her. She loves laying outside on a blanket and looking at the clouds, and is pretty much happy wherever I am.  The teething business is fierce and I am expecting to see the emergence of her lower front two teeth any day.  She sleeps like a champ all night long, with the exception of waking to nurse a few times.  But she basically sleeps right through those nursing sessions, as do I.
at 9:10 PM No comments: